Well we have just got back from a week in North Norfolk.  We initially set out for a one night stopover in March at a site we have used before, Fourwinds Leisure.  This proved an unexpected surprise as two of the wardens we have met before at a more local site four years ago.  Well the gang enjoyed the grass before we continued on our travels into north Norfolk.

Our stop for the week was at a site called Creake Meadows, about 4 miles north of Fakenham just on the southern limits of the village South Creake.

All I can say is that Tracey and Dan have created a 5 star site, the toilet block was immaculate with a great kitchen area to the rear, the information hut was superb with loads of facilities.

(For more on the site check out  http://www.creakemeadows.co.uk/index.html)

Although the site is adult only if you dont have children and want to explore the North Norfolk Coast I cant recommend this site enough. 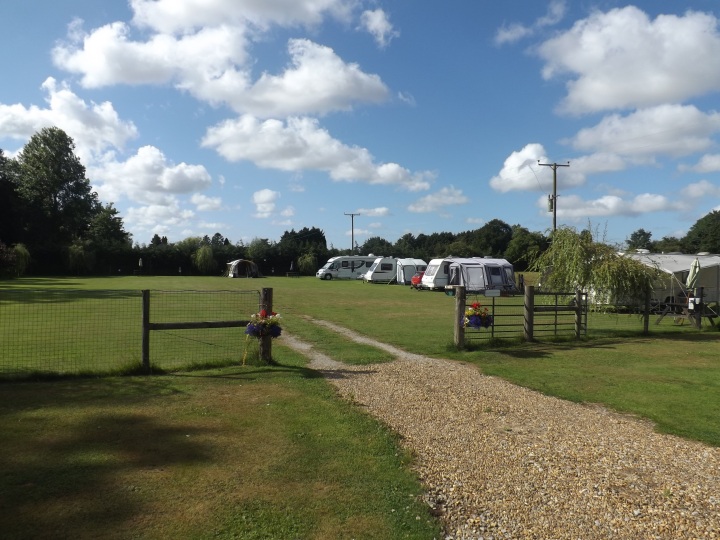 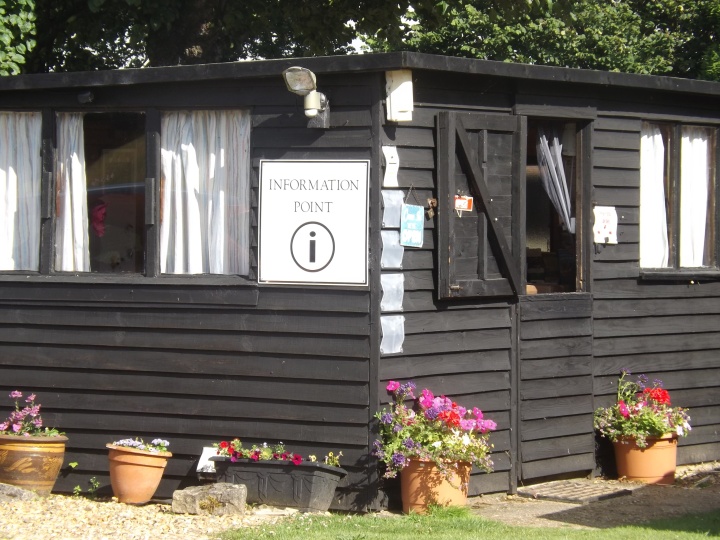 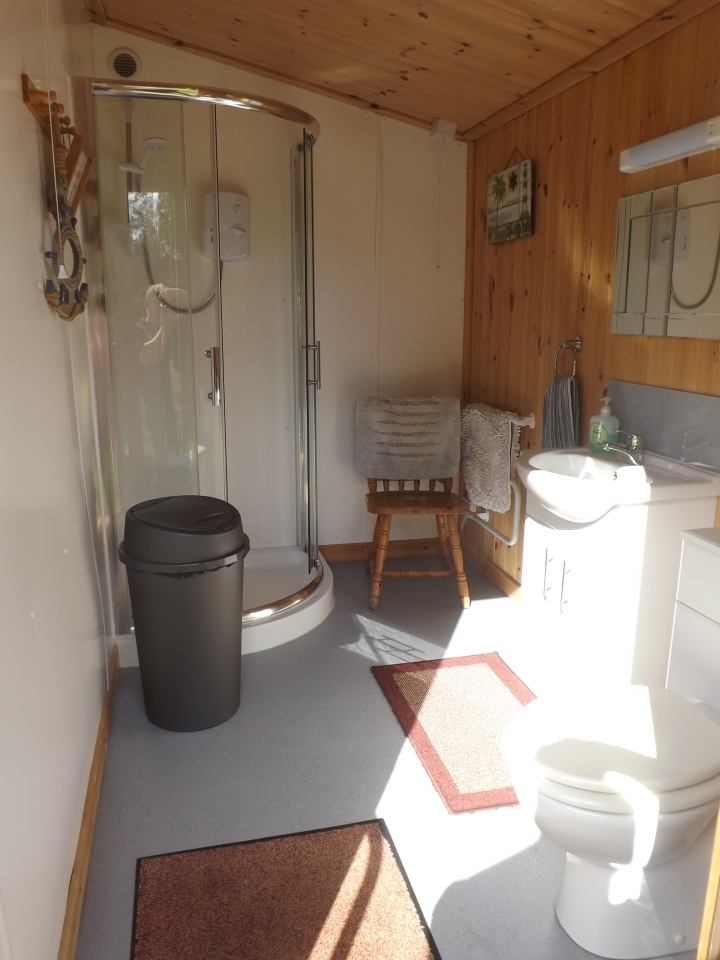 The gang enjoyed their stay on this site, sometimes getting too carried away with munching the local grass. 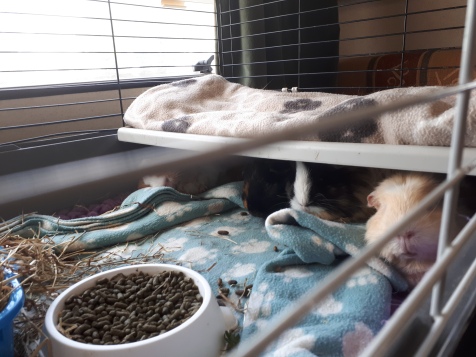 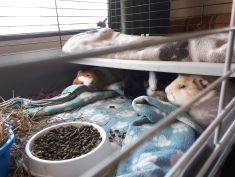 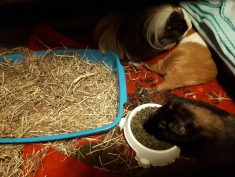 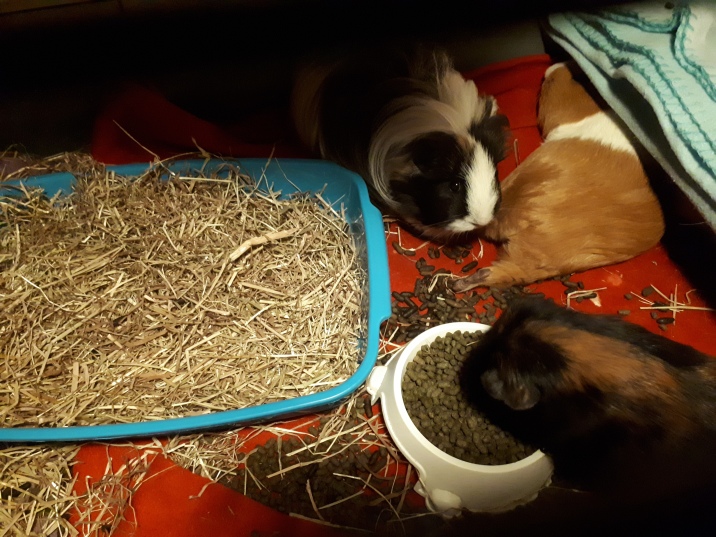 All of the Pitches have there own picnic table and the electric hook up had alongside it your drinking water and a TV aerial point, suffice it to say TV reception was rather good. 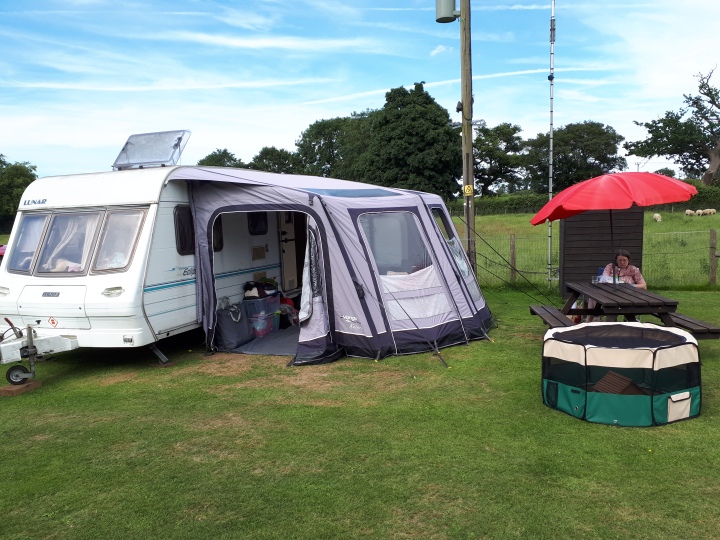 We did have one escapade though as Twinkle tried to emulate the inmates of Colditz and tried to burrow her way out of the run. Astro was also rather frisky as well and really munching well considering he was due to see Simon for his Dental once we were back. 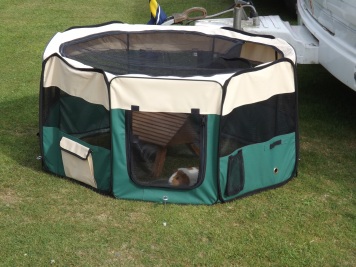 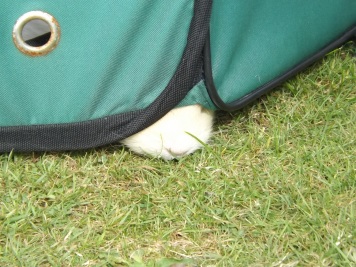 We did have to be careful with the gang though as we were aware of local Buzzards, Tracey had lost a couple of her free range Chickens (the eggs were amazing) to Red Kites and there was a local Barn Owl. 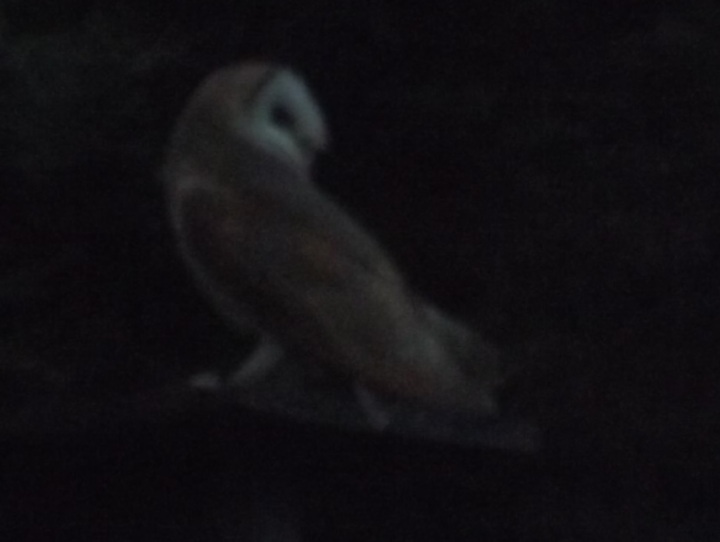 If we get the chance to return to North Norfolk this is one site that will be top of the list to stay at.